What do you know about Dragon Boat Festival

The 5th day of the 5th month of the lunar year is an important day for the Chinese people. The day is called Duan Wu Festival, or Dragon Boat Festival, celebrated everywhere in China. This festival dates back to about 2,000 years ago with a number of legends explaining its origin. The best-known story centers on a great patriotic poet named Qu Yuan.

In the Warring States Period (475-221BC), the State of Qin in the west was bent on annexing the other states, including the state of the Chu, home of Qu Yuan. Holding the second-highest office in the state, Qu Yuan urged that the Chu State should resist Qin and ally with the State of Qi to the east. This was opposed by Zhangyi, a minister of the State of Qin who was trying to disrupt any anti-Qin alliances. He seized upon an incident with a jealous court official in the Chu to get rid of Qu Yuan.

Qu Yuan had refused to let Jin Shang, the chief minister in the State of Chu, have a look at a draft of a decree he had been asked to draw up. In anger, Jin spread the rumor that Qu Yuan was leaking state secrets. He said that Qu Yuan had boasted that without his aid no decree could be drafted. This made the King of Chu feel that Qu Yuan was belittling him.

When the story reached the ears of Zhang Yi in Qin, he secretly sent a large amount of gold, silver, and jewels to Chu to bribe Jin Shang and the king’s favorite concubine to form an anti-Qu Yuan clique. The result was that the King of Chu finally banished Qu Yuan from the capital in 313 BC.

The next year, as relations between Qin and Chu worsened, Qu Yuan was called back and named to a high office, but the clique continued its machinations against him.

In 299 BC after several unsuccessful forays against the Chu, Qin invited the King of Chu over, ostensibly for talks. Qu Yuan feared this was a trap and urged his king not to go. The latter would not listen and even accused Qu Yuan of interfering.

On the way, the King of Chu was seized by Qin troops. He died in captivity three years later. The Chu came under the rule of the king’s eldest son, later known as King Qing Xiang. Under him, the state administration deteriorated.

Qu Yuan hoped to institute reforms and in poems satirized the corruption, selfishness and disregard for the people on the part of dubious characters who had achieved trusted positions. Neither this nor Qu Yuan’s resolve to resist Qin set well with King Qing Xiang, who was in fact married to a daughter of the King of Qin, In 296 BC, Qu Yuan, then in his mid-50s, was banished for the second time. Grieving for the condition of his homeland, for years he wandered about south of the Yangtze River.

During this period he poured out his feelings of grief and concern for his homeland in the allegorical Li Sao, a long autobiographical poem in which he tells of his political ideal and the corruption and mismanagement of the court.

In 280 BC Qin launched an overall invasion of Chu, and captured the Chu capital in 278 BC. The news reached Qu Yuan while he was near the Miluo River in today’s northeastern Hunan Province. In frustration at being unable to do anything to save his state, he clasped a big stone to his breast and leaped into the river to end his life.

Qu Yuan’s sufferings had gained the sympathy of the people of Chu. In memory of him, every year on the fifth day of the fifth month of the lunar calendar, the day he drowned himself, dragon boat races, which are said to represent the search for his body, are held, and the Chinese people eat Zong Zi, little packets of glutinous rice wrapped in bamboo leaves, which was originally thrown into the river to keep the fishes from eating the body of Qu Yuan. In addition, it is said that when hearing the news of Qu Yuan’s suicide, some doctors poured realgar wine into the Miluo River to anesthetize the fishes, hence preventing them from eating Qu Yuan’s body.

Customs of the festival

The customs vary a lot in different areas of the country, but most of the families would hang the picture of Zhong Kui (a ghost that can exorcise), calamus, and moxa in their houses. People have Dragon Boat Races, eat zongzi (dumpling made of glutinous rice wrapped in bamboo or reed leaves), and carry a spice bag around with them.

At the center of the festival are the dragon boat races. Competing teams drive their colorful dragon boats forward to the rhythm of the beating drums. These exciting races were inspired by the villagers’ valiant attempts to rescue Qu Yuan from the Miluo River. This tradition has remained unbroken for centuries.

Most Chinese festivals are tied to a particular food, and the Dragon Boat Festival is no exception.

A very popular dish during the Dragon Boat Festival is zongzi. This tasty dish consists of rice dumplings with meat, peanuts, egg yolks, or other fillings wrapped in reed leaves. The tradition of zongzi is meant to remind us of village fishermen scattering rice across the water of the Miluo River in order to appease the river dragons and fish so that they would not devour Qu Yuan.

It is said that you will be lucky in the coming year if you can balance an egg upright during the Dragon Boat Festival. The egg balancing competition will be held at noon in many places.

The fifth lunar month is marked as a “poisonous” month in the Chinese farmer’s calendar. This is because insects and pests are active during this summer month and people are more prone to catch infectious diseases.

During the Dragon Boat Festival, the Chinese put mugwort leaves and calamus on the doors or windows to repel insects, flies, fleas, and moths from the house. Those leaves have curative properties and can prevent an epidemic.

On the Dragon Boat Festival, children normally wear scented sachets threaded with a five-color silk string to ward off evil. A scented sachet is an ornament worn on the front of the dress. The sweet-smelling sachet contains cinnabar, realgar, and aromatic herbs.

It is usually wrapped in a silk cloth and sometimes embroidered with exquisite patterns. Multicolor silk threads are attached to the sachet as decorative tassels. In some areas of China, a scented sachet is also used as a token between young lovers.

Hanging an image of Zhong Kui

Hanging an image of Zhong Kui

Zhong Kui is a famous exorcist. His picture, a fierce-looking male brandishing a magic sword, is hung in Chinese houses in order to scare away evil spirits and demons, especially during the Dragon Boat Festival.

According to folklore, tying five-color silk string around wrists, ankles and the neck protects children from evil. A five-color string holds a special significance in China, as it is thought to contain magical and healing properties. Children are not permitted to speak while their parents tie the five-color string for them, nor are they allowed to remove it until the specified time. Only after the first summer rainfall can the children throw the string into the river. This is thought to protect children from the plague and other diseases.

Driving away from the five poisonous pests

Driving away from the five poisonous pests

According to Chinese custom, the “double fifth” is the hottest day of the month, when all the poisonous vapors are in the air, so every attempt is made to harmonize yin and yang so that danger and disease can be avoided.

It is believed that five kinds of poisonous pests would harm children’s health, including a snake, centipede, scorpion, lizard, toad, and sometimes spider. People will cut colorful silk into patterns of these five pests or paint them on red paper, and then paste the silk or red paper on the doors or walls of the bedroom, each impaled by a needle.

The five pests are also often embroidered on clothing, stamped on cakes, engraved on accessories, and used for decorations. They are believed to have the power to drive away all pests and pestilence. 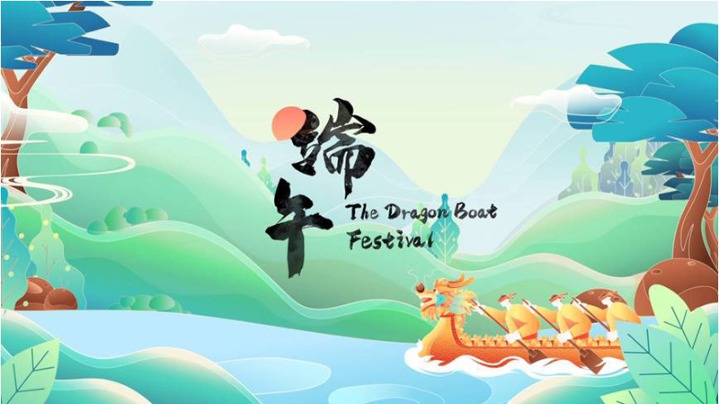 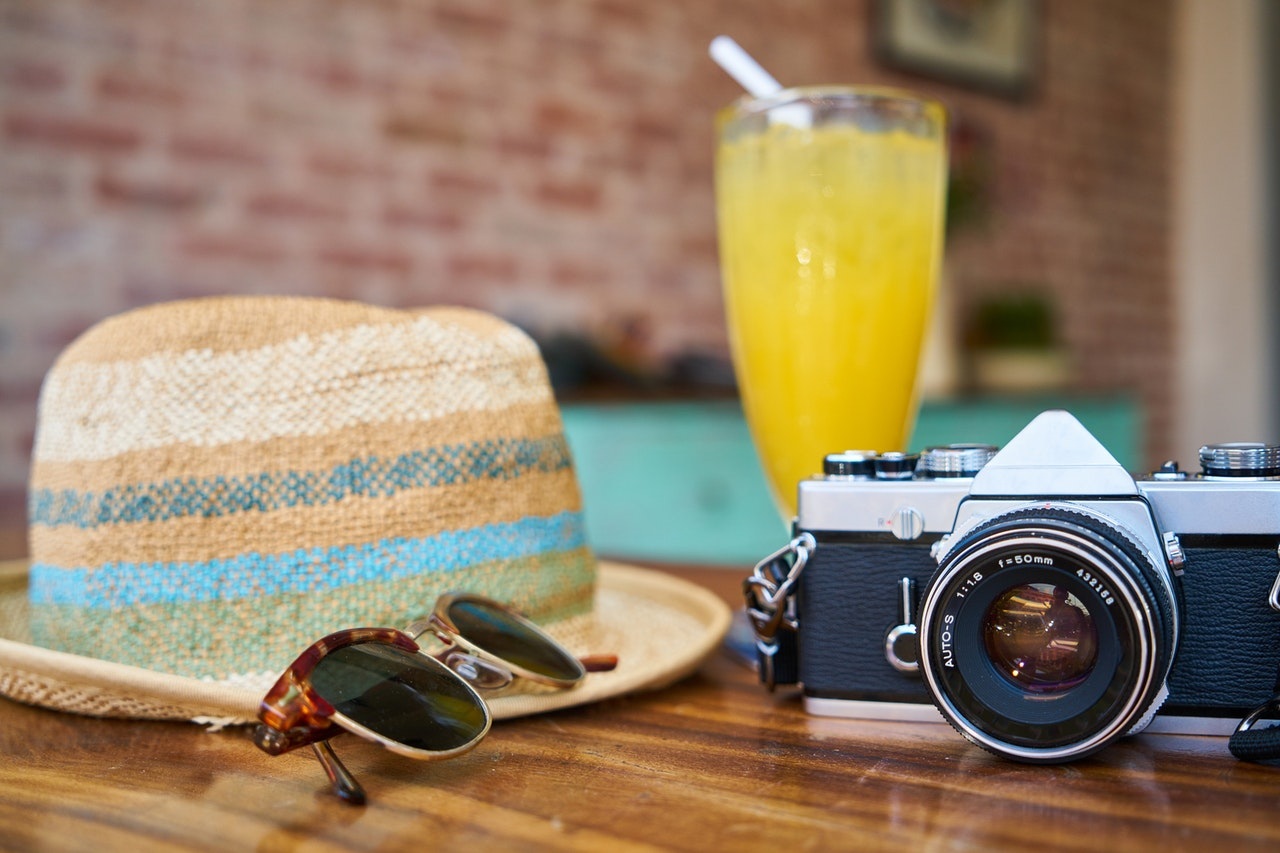 Let’s Travel to Hainan in Winter
My Spring Vacation 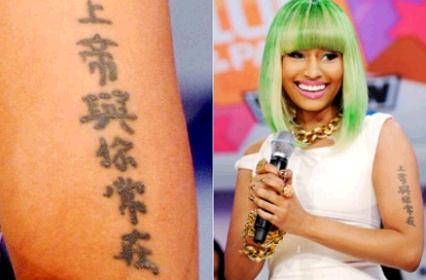 What does the Chinese tattoo on a star mean?